DNA leads to identification of victim, suspect in 1982 murder 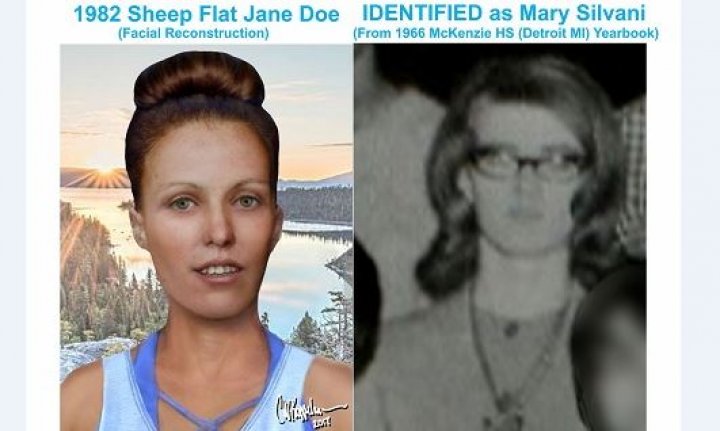 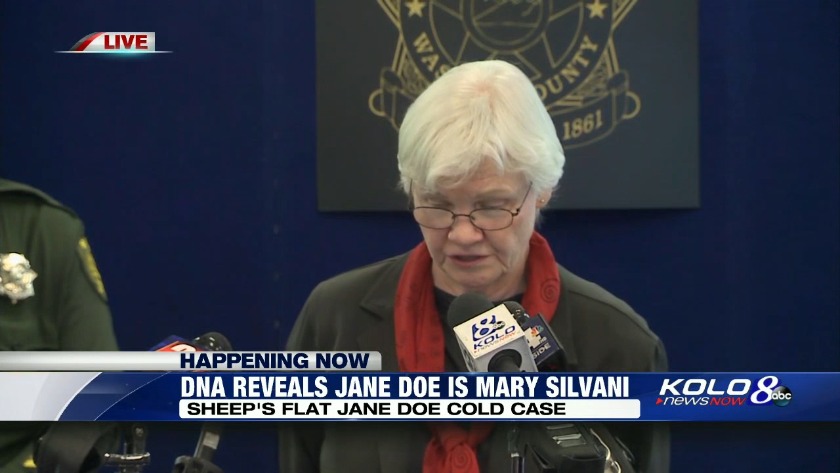 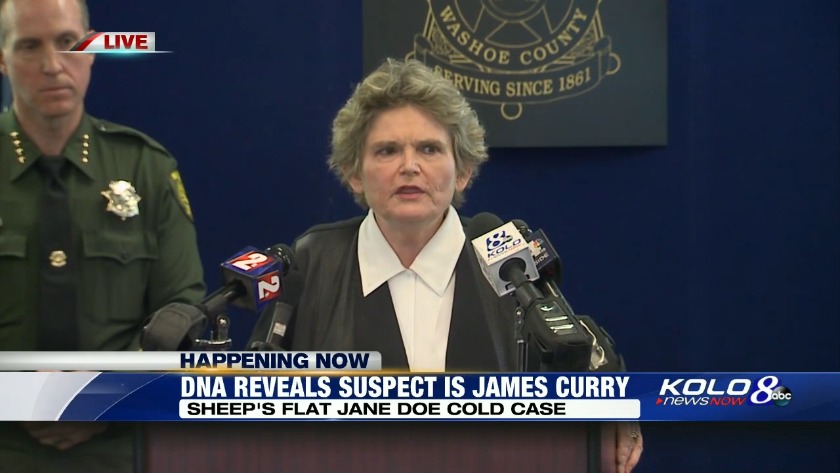 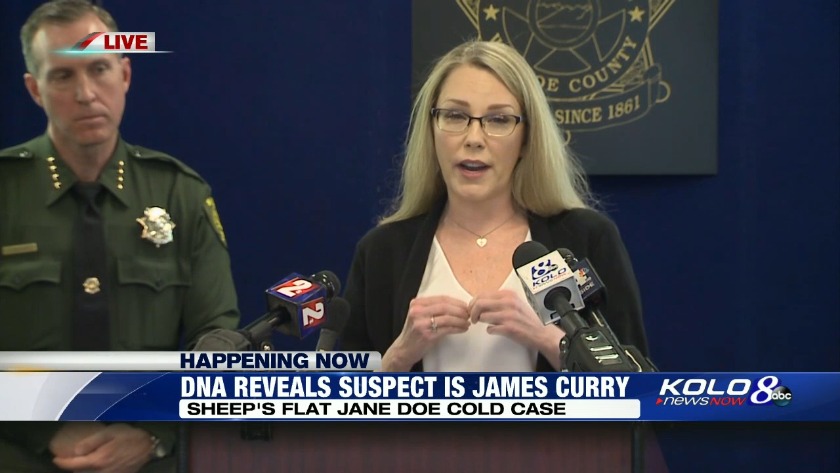 RENO, NV (KOLO) - UPDATE: Washoe County Sheriff Darin Balaam has identified a woman found dead in 1982 and has revealed information about the suspect.

At a news conference May 7, 2019 about the "Sheep's Flat Jane Doe" case, Balaam credited genealogists from the DNA Doe Project and Identifinders International with using DNA to help identify the victim and suspect.

Balaam says the victim was 33-year-old Mary Silvani, in Northern Nevada from Detroit. No missing persons report had ever been filed for her.

The suspect has been identified as James Curry, who several months after the killing of Silvani was connected to three murders in Santa Clara and San Jose, California. He killed himself while in jail in 1983.

2015 Story: After years of investigation, a young woman found murdered off the Mount Rose Highway is still only known as "Jane Doe", but investigators in the Washoe County Sheriff's Cold Case Unit have a new theory and want to access a new tool--social media.

July 17, 1982, a young woman, 25 to 35 years of age, about 5 and a half feet tall with slender build, light brown hair and hazel eyes,
walked across the meadow at the top of the highway between the Truckee Meadows and Lake Tahoe, an area known as Sheep Flat.

She was with or met someone who sexually assaulted her and shot her multiple times in the back.

Then as now, finding her killer begins with finding "Jane Doe's" real name. No identification was found, but investigators believed they had enough to go on.

Extensive and distinctive dental work and a vaccination scar seemed to suggest a European background, but thousands of missing persons reports there and here were examined. No match. A recent reexamination of that evidence now questions that European connection and has led to a new theory.

"Her teeth were in disrepair at the time she was murdered and appeared to have been in decline for a couple of years," says Dave Jenkins, a retired Reno Police detective now working in the Washoe County Sheriff's Cold Case Unit.

"So we're looking at someone perhaps who may have had considerable family resources at one time, but this is someone who may have become voluntarily estranged from her family and friends and might have been believed to have left town."

She was dressed for a day at the lake, jeans and t-shirt over a blue bathing suit. The t-shirt was sold only on the West Coast.

"We think it's more likely that she may have been residing in one of the western states before her murder."

Jenkins and fellow detectives also have tools investigators didn't have three decades ago.

"We have DNA available both from the victim to identify her and from the potential suspect."

And they have a new, more accurate sketch of her face, but until they can put a name to the face and that new possible profile, the case will remain unsolved. That's where the public and a new way of reaching them comes in.

Tuesday, the Sheriff's office will be posting the sketch and information on its Facebook page and hoping it reaches far and wide.

"I want them to share it with their friends and ask them also if it might have been someone they might have known. It's only appropriate that we make every effort possible to identify her and, in identifying her, that might bring us closer to identifying the suspect as well."