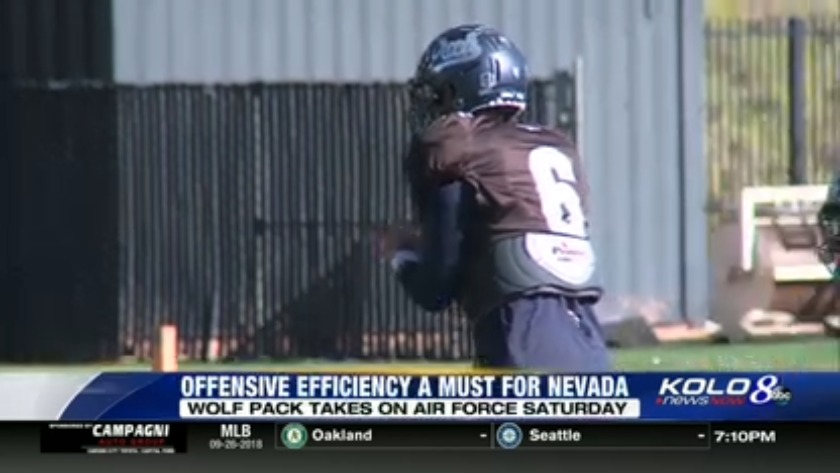 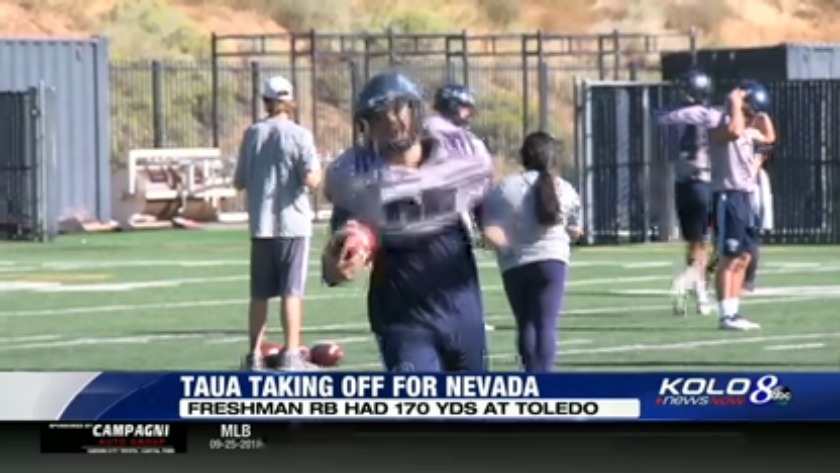 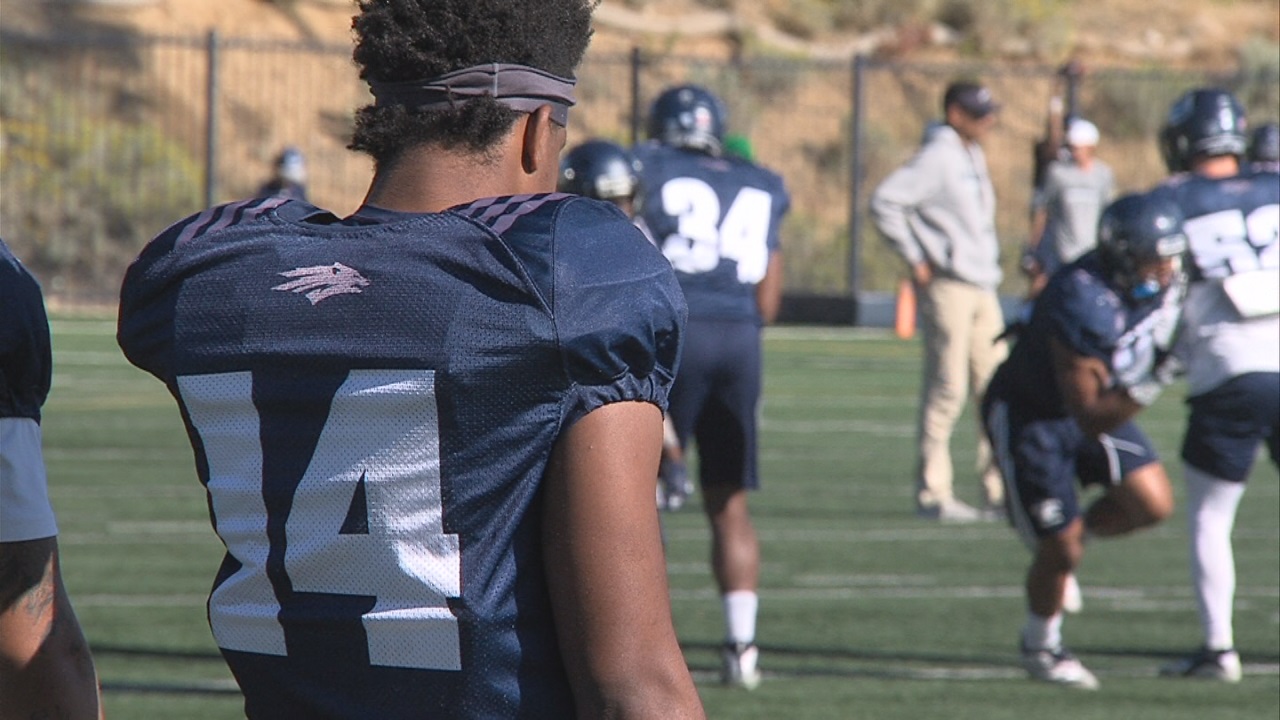 Reno, NEV. (KOLO) Mountain West Conference play has arrived for Nevada (2-2), which will start things on the road Saturday at Air Force.

The Wolf Pack finished its non-conference slate with a tough 63-44 loss at Toledo. Nevada out-gained the Rockets, 582-460, but also gave up two crucial touchdowns on special teams.

Last season, Air Force came to Reno and left with a 45-42 win, hitting a game-winning field goal as time expired. The Falcons feature a methodical and physical attack.

Check back here all week as we set the table before Saturday's showdown in Colorado Springs.

From Nevada Athletics:
Nevada remains on the road to open Mountain West play this Saturday, Sept. 29 as it takes on Air Force in Colorado Springs, Colo. ... Kickoff is set for 1 p.m. PT at Falcon Stadium between the Wolf Pack (2-2, 0-0 MW) and Falcons (1-2, 0-1 MW) ... The game can be seen on ESPNEWS with Doug Sherman (play-by-play) and Dustin Fox (analyst) on the call ... The Wolf Pack Radio Network will call the game as well on 94.5 FM/630 AM with John Ramey (play-by-play) and Mike Edwards (analyst) in the booth, with the 60-minute pregame show to begin at 12 p.m. PT ... Live stats are available for the game at GoAirForceFalcons.com ... The Wolf Pack and Falcons have not played one another very often in their histories, meeting just four times ... Air Force leads the all-time series 3-1, including a 45-42 win in Reno last season ... With the Pack opening league action this weekend, this marks the third straight season in which Nevada has opened MW play on the road ... Both teams are coming off of losses in week 4, with Nevada falling 63-44 at Toledo and Air Force losing 42-32 at Utah State in its conference opener ... Despite the loss last week, the Wolf Pack posted nearly 600 yards of total offense, including 262 on the ground.