Reno, Nev. - With the early signing period came a flurry of new players across all Nevada athletic teams.

Parrish signs NLI to play for Wolf Pack
RENO, Nev. – University of Nevada head men’s basketball coach Eric Musselman has signed guard Eric Parrish to a National Letter of Intent to the play basketball for the Wolf Pack starting in 2019-20. Parrish will transfer from Bossier Parish Community College in Bossier City, La. where he is beginning his sophomore season. He will have two seasons to play for the Pack.
"We are extremely excited to add Eric Parrish to our program,” Mussleman said. “At 6-6 and the ability to play and guard multiple positions, he fits perfect with our style of play of position-less basketball. He has an extremely athletic first step and is explosive off the bounce with the basketball. We feel he is the type of player that can fill up the stat sheet in multiple areas and affect the game in a variety of ways. He will be a player that Wolf Pack fans love to watch with his energy."
In his first three games this season for Bossier Parish he is averaging 15.7 points, nine rebounds, and four assists. From the field he is shooting 41.7 percent and 83.3 percent at the free throw line.

A native of Cypress, Texas he played his prep basketball at Cypress Springs High School where he averaged 18.4 points, 8.2 rebounds, three assists, two steals and 1.6 blocks per game as a senior. He scored 1,132 points during his high school career and twice was named the team’s MVP. Parrish was a two-time all-district selection and a two-time academic all-district honoree.

“We are extremely excited for the new additions to our Pack,” said Levens. “Aly, Jena’ and Dom will all make an immediate impact and help continue to move our program in the right direction. Wolf Pack supporters will really enjoy watching them play! They will also be great additions to our university and the Northern Nevada community as they are all fantastic young women.”

Dominique Phillips – 6-0 – G – Goodyear, Ariz./Millennium High School
Phillips, a native of Arizona, has been a huge part of the success of the girls’ basketball program at Millennium High School. In her first three years with the program, Phillips has helped lead the Lady Tigers to three consecutive appearances in the state quarterfinals, two Final Four appearances and one state championship appearance.

To date she has totaled 1,298 points, which currently ranks second in school history, and added 563 rebounds, 194 assists, 203 steals and 97 blocks. She has earned many accolades during her high school career, including two first team all-region awards, second team all-section, honorable mention all-state, and was twice named the 6A Offensive Player of the Year.

"Throughout her career at Millennium, Dominique has been such a pivotal part of our Lady Tiger basketball program and has set the standard as what we would want from a student-athlete. She is great in the classroom, a great leader around campus, a captain on the basketball team, and obviously a very good basketball player,” said Millennium High School coach Cory Rojeck. “She is humble, charismatic and a hard worker. We could not be more proud of Dominique, and we look forward to following her career at the University of Nevada!"

Aly Jimenez – 5-11 – G – Thornton, Colo./Horizon High School
Jimenez, a guard from Horizon High School in Colorado who has started in 78 games, is averaging double figures in her three years at Horizon at 10.7 points per game. Her most productive season came last year during her junior season when she scored over 400 points and averaged over 15 per game. She has made over 100 3-pointers in her high school career, including 55 last season.

In the past two years, Jimenez has helped lead her team to back-to-back conference championships. Throughout the years she has earned many athletic accolades including two second team all-conference honors, was named first team all-conference in 2018 and also earned an all-state honorable mention in 2018.

“Aly’s athletic ability, competitiveness and desire to be the best have led her to where she is today,” said Horizon High School coach Dan Doehler. “Aly has shown through her focus, perseverance and positive attitude, on and off the court, that dreams really do come true. Aly’s pure love of the game and her addiction to competition has made it a thrill to coach. Nevada is lucky to get one of our all-time greats.”

Jena’ Williams – 5-7 – G – Bartlesville, Okla./Bartlesville High School
Williams hails all the way from Oklahoma and has been a three-year starter for Bartlesville High School. In those three years she has accumulated over 1,000 points, nearly 300 assists and added 229 rebounds, 167 steals and 44 blocks as a point guard and helped her team to a conference championship in 2018. Over the years she has been named first team News Oklahoma, second team USA Today Oklahoma, first team All-Frontier Conference twice, and the Frontier Conference Offensive MVP. Additionally she has earned all-state honors with Tulsa World and has been placed on Vype Oklahoma’s Top 100 list three times.

“Jena’ is the best point guard in the state,” said Bartlesville High School coach Donnie Martin. “Offensively she controls the floor, has great vision and can score from the 3-point line to the rim. She works relentlessly on the defensive end. Her personality, skill level, understanding of the game, work ethic and athletic ability make Jena’ very special.”

Nevada will return to action Nov. 18 when it travels to Long Beach, Calif. to take on Long Beach State at 4 p.m.

Wolf Pack softball, volleyball, swimming and soccer also added a handful of players. For more detail, check out the video above.

*Correction on video: Manogue's Hailey Merino (Wolf Pack SB commit) is on the far right, not second from the left.* 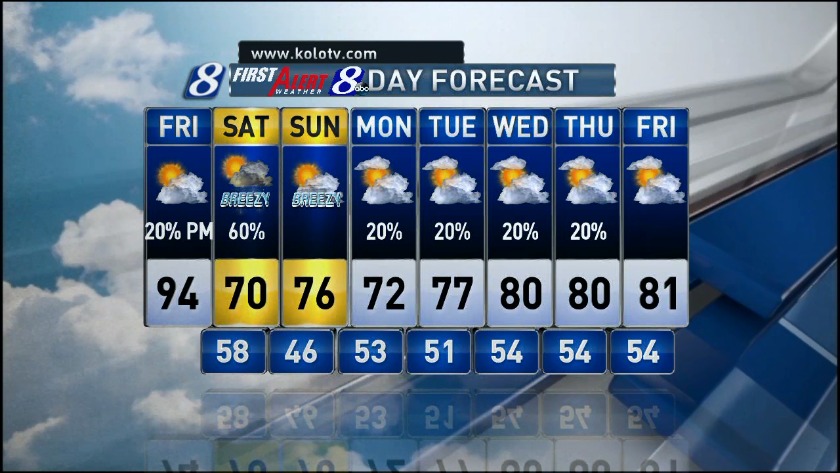 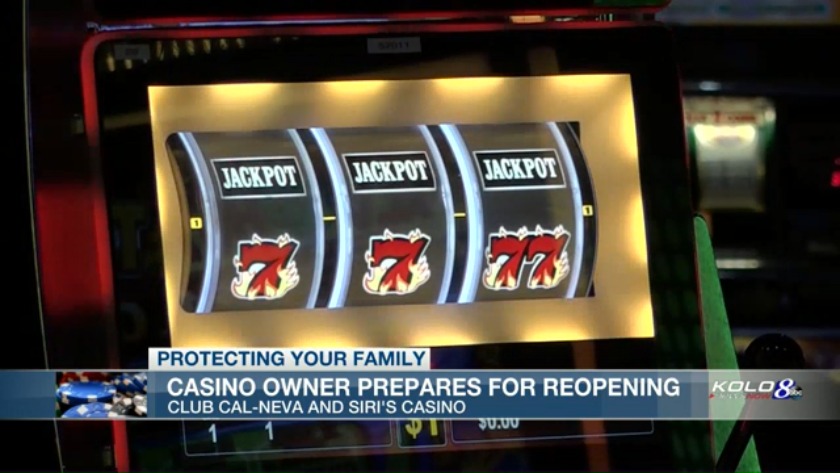 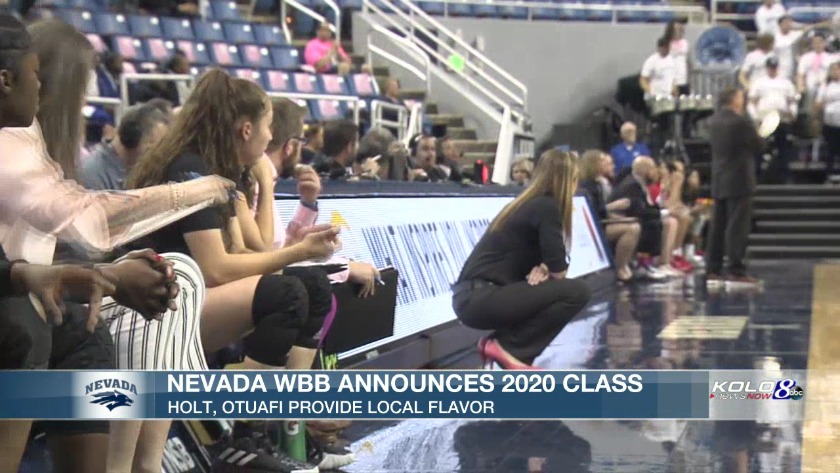