TORONTO (AP) The Golden State Warriors are sending the NBA Finals back to Oakland following a flurry of late 3-pointers.

The Warriors trailed by six with about three minutes left until Stephen Curry and Klay Thompson nailed three straight from beyond the arc to lead a 106-105 victory over the Raptors in Game 5 at Toronto. Curry finished with 31 points, eight rebounds and seven assists, while Thompson added 26 points and six boards to help Golden State overcome another injury to All-Star forward Kevin Durant.

The Warriors got off to a strong start, draining their first five 3-point attempts and building a 13-point lead. Durant hit three from downtown and had 11 points before getting hurt again with about two minutes gone in the second quarter. Durant grabbed the back of his leg, appeared to reach below the calf and more toward the Achilles area before heading to the locker room and out of the arena.

Durant missed the Warriors’ previous nine games with a strained calf and wasn’t cleared to practice until after Game 4.

Without Durant, the Warriors allowed the Raptors to take the lead in the fourth quarter before Golden State revived its quest for a third straight championship.

The Raptors had a chance to pull out the win, but Kyle Lowry’s 3-point attempt was way off the mark to deny Toronto of its first NBA crown.

Kawhi (kah-WY’) Leonard had a team-high 26 points but was unable to take the final shot. Lowry ended up with 18 points and Marc Gasol (gah-SAHL’) finished with 17 after scoring 15 by intermission.

Game 6 is Thursday in Oakland.

UNDATED (AP) _ One of the NBA’s greatest point guards is calling it a career.

Four-time NBA champion Tony Parker has announced he’s retiring after 18 seasons, saying it was an “incredible journey. The 37-year-old Parker played 17 seasons for the Spurs and made the postseason every year of his career before joining the Hornets and missing out this season.

He was selected to six All-Star Games and named second-team All-NBA three times.

Also in the NBA:

BOSTON (AP) _ Ex-Red Sox slugger David Ortiz has arrived in Boston from the Dominican Republic for more medical care after being shot by an attacker outside a bar on Sunday.

Before departure, an Ortiz spokesman said the 43-year-old athlete was in stable condition after doctors removed his gallbladder and part of his intestine. He said Ortiz’s liver was also damaged in Sunday night’s shooting.

Ortiz, known affectionately as Big Papi, is one of the most beloved figures in sports history in the Dominican Republic and Boston. The fearsome power hitter led the Red Sox to three World Series championships, was a 10-time All-Star and hit 541 home runs.

The Red Sox honored the All-Star and World Series MVP before Monday’s game against the Rangers.

UNDATED (AP) _ The Tampa Bay Rays are all alone atop the AL East after getting a series-opening victory against Oakland.

Charlie Morton stayed unbeaten with the Rays by tossing seven scoreless innings of two-hit ball to lead a 6-2 win over the Athletics. Morton improved to 8-0 this season and extended his career-best winning streak to 11 games dating to Aug. 17 with the Astros.

Brandon Lowe (low) snapped a scoreless tie with his third homer in two days, a two-run blast in the sixth. Kevin Kiermaier and Ji-Man Choi also belted two-run shots as the Rays moved a half-game ahead of the Yankees for the division lead.

_ Elvis Andrus (AN’-droos) singled home the tiebreaking run in the 11th inning to send the Rangers past the Red Sox, 4-3. Danny Santana picked up his fourth hit of the night with an 11th-inning double before scoring the go-ahead run. Texas beat the Red Sox for just the third time in 15 games and snapped a six-game losing streak against Boston.

_ The Diamondbacks opened their 13-8 rout of the Phillies with three straight home runs before finishing with a team-record eight. Jarrod Dyson, Ketel (keh-TEHL’) Marte and David Peralta (peh-RAHL’-tah) supplied the early round-trippers before Eduardo Escobar became the first Diamondback to homer from each side of the plate in consecutive innings. Ildemaro Vargas also went deep twice as the two teams combined for a major league-record 13 home runs.

_ The Braves rolled to a 13-7 win over the Pirates as Ronald Acuña (ah-KOON’-kuh) Jr. hit a grand slam and Ozzie Albies supplied two of Atlanta’s five home runs. Nick Markakis (mahr-KAY’-kihs) and Freddie Freeman added two-run blasts as the Braves won their fourth in a row to pull into a first-place tie with the Phils in the NL East at 37-29. Pittsburgh starter Joe Musgrove hit Josh Donaldson with a first-inning pitch, leading to a benches-clearing incident and the ejections of both players.

_ Kurt Suzuki launched a grand slam during a six-run ninth and had five RBIs in the Nationals’ 12-1 drubbing of the White Sox. Trea Turner came within a single of the cycle while collecting two RBIs in Washington’s 12th win in 16 games. Anibal Sánchez earned his second straight win since an 0-6 starting, limiting Chicago to one run and four hits over six-plus innings.

_ Ryan McMahon singled home the go-ahead run in the eighth inning to complete the Rockies’ comeback from a 4-0 deficit in a 6-5 win against the Cubs. Ian Desmond furnished a 486-foot blast for Colorado, which also received homers by Nolan Arenado (ar-eh-NAH’-doh) and Charlie Blackmon in its ninth straight home win. The Cubs fell a half-game behind the first-place Brewers in the NL Central despite homers from Anthony Rizzo, Kyle Schwarber and David Bote (BOH’-tee).

_ The Cardinals bounced back from a three-game sweep by the Cubs as Michael Wacha (WAH’-kah) threw six scoreless innings in a 4-1 victory at Miami. The former All-Star allowed five hits, struck out four and lowered his ERA to 5.63 in his return to the rotation. St. Louis scored three unearned runs in the sixth as catcher Jorge Alfaro’s wild throw on a sacrifice bunt brought home a pair before Harrison Bader followed with a sacrifice fly.

_ The Mets and Yankees were rained out in the Bronx, creating a day-night doubleheader for Tuesday.

UNDATED (AP) _ Dallas Keuchel (KY’-kul) dominated in his first minor league game since signing with the Braves, pitching one-hit ball for seven scoreless innings for Class A Rome against Charleston on Monday.

The 2015 AL Cy Young Award winner struck out nine in the South Atlantic League game as he prepares for his big league season debut. The 31-year-old Keuchel might make his Atlanta debut after one more minor league start.

In other MLB news:

_ Cardinals right-hander Adam Wainwright has been placed on the 10-day injured list with a left hamstring injury. The 37-year-old Wainwright was hurt running out a double in the fifth inning of Sunday’s loss at the Cubs. He returned to St. Louis for evaluation while the Cardinals flew to Miami for a three-game series.

_ The Pirates have put right-hander Jordan Lyles on the 10-day injured list with tightness in his left hamstring. The move came after Lyles lasted only three innings, allowed three runs on five hits and four walks in just three innings of Saturday’s 5-3 loss at Milwaukee.

Logano was trying to hold on to a dwindling lead over Truex and Busch with five laps remaining before Erik Jones went into the grass, prompting a caution flag that forced overtime. It was a dominant visit to Michigan for Logano, who won the pole in qualifying and then led a track-record 163 laps in the race.

Kurt Busch finished second, followed by Truex, Daniel Suarez and Kyle Busch in a race that was pushed back a day because of rain.

A jury returned the verdict Monday in San Diego Superior Court in Vista but was continuing to deliberate on two more counts of rape involving a hitchhiker and an unconscious teenage girl. He also was convicted of two counts of lewd conduct involving two other women.

Winslow faces up to life in prison.

French Open champ Barty up to career-best No. 2 in rankings

Former No. 1 Simona Halep dropped from No. 3 to No. 8 after losing to 17-year-old American Amanda Anisimova in the quarterfinals at Roland Garros, where she was the defending champion.

The top eight spots in the ATP rankings stayed the same, with French Open champion Rafael Nadal at No. 2, behind Novak Djokovic. Roger Federer is still at No. 3, and Roland Garros runner-up Dominic Thiem (teem) is No. 4.

Russell's big game not enough as Warriors devoured by Grizzlies 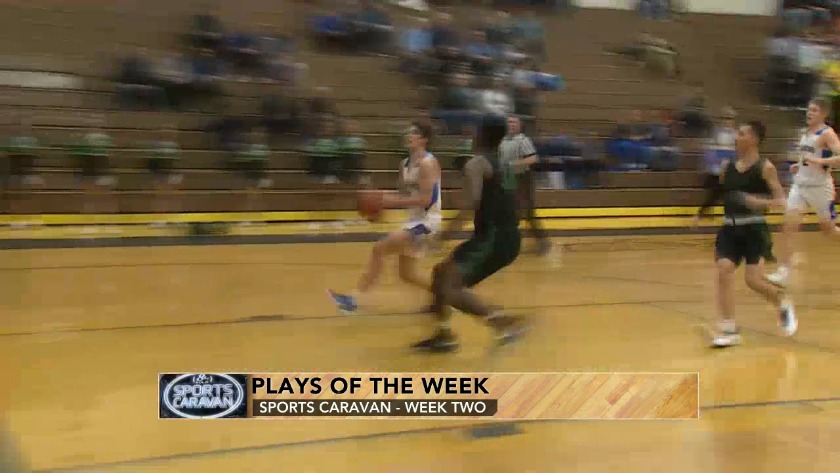 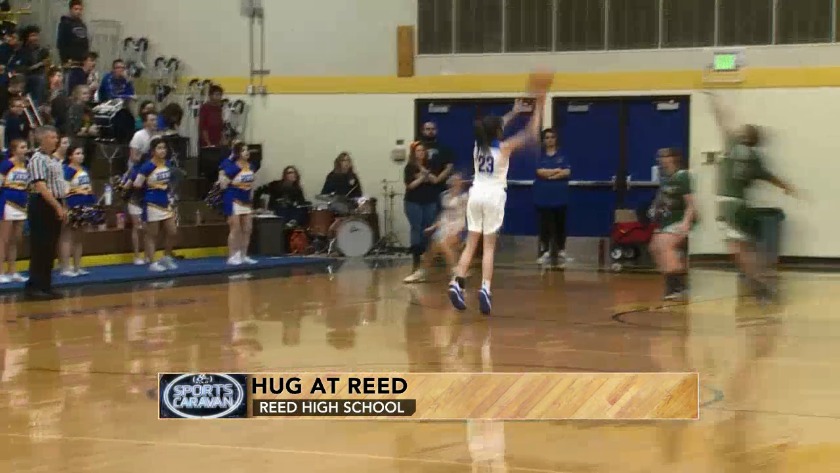 Russell's big game not enough as Warriors devoured by Grizzlies