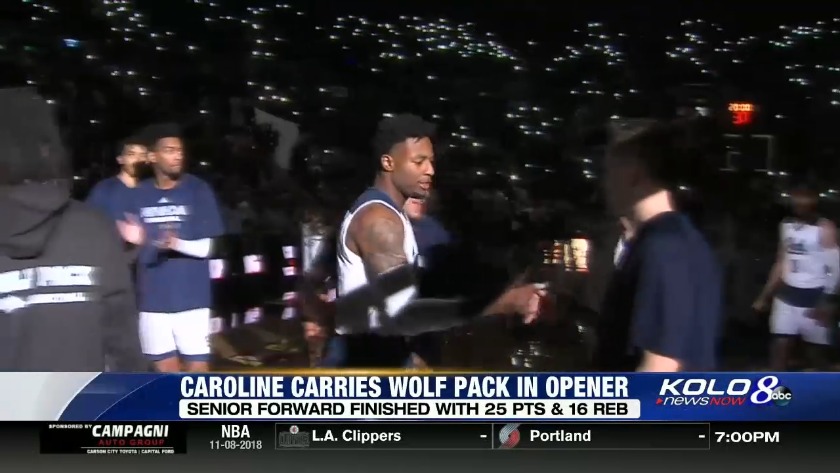 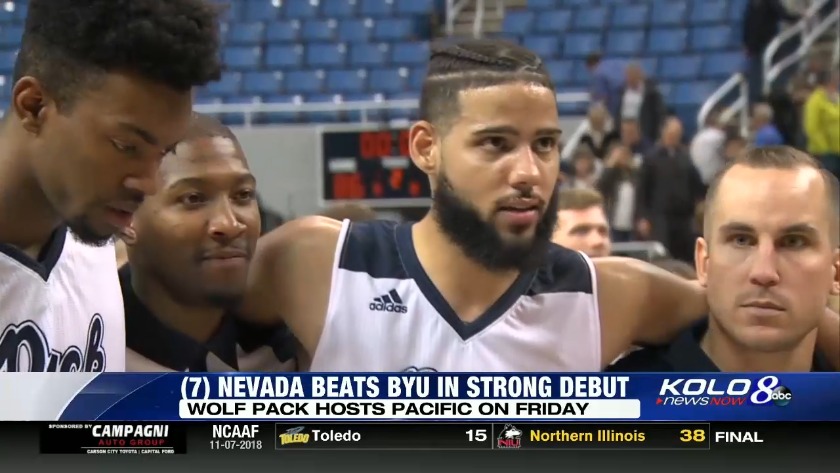 No. 7 Nevada Happy but not Satisfied with Strong Opener 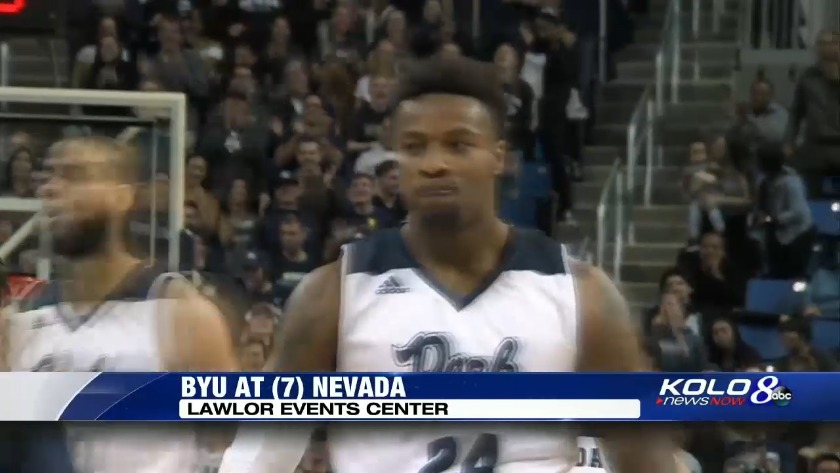 RENO, Nev. (KOLO) - After an ankle injury last week, Nevada forward Jordan Caroline sat out a week of practices before playing in No. 7 Nevada's season opener.

Caroline led all players with 25 points as No. 7 Nevada beat Brigham Young 86-70 on Tuesday night.

"I thought Jordan Caroline did a great job of keeping us in the game from an offensive standpoint," said Nevada coach Eric Musselman, who played the team's 2017-2018 leading scorer, Caleb Martin, four minutes in the first half because of foul trouble. "As we've done since I've been here in the first half, if I guy gets two fouls, they don't play. We felt like those guys would be really well rested. As long as BYU didn't get up seven or eight or nine, we were just going to continue to role that way."

BYU (0-1) entered the break tied with Nevada, 34-34, and grabbed several leads in the second half, thanks largely to its zone defense. Nevada struggled against the zone in its 91-73 exhibition loss against Washington.

"We're still trying to figure it out," said Musselman, who moved to 22-0 in non-conference home games at Nevada. "I really, truly believe we will be a different team two weeks from now even than we are today."

"If someone gave me a wound and said what can you change about college basketball. ... We have all this practice time and two exhibition games is not enough to get your rhythm. I don't feel comfortable as a coach subbing right now."

Martin provided the shooting spark Nevada (1-0) needed in the second half, scoring all of his 21 points after the break.

Nevada shot 27 percent from the field in the first half and 51 percent in the second.

Caroline grabbed his double-double with five minutes to go before halftime, the 28th double-double of his career, tied for sixth best in school history.

"I feel like us as a group, we played well," Hardnett said. "We competed with those guys and played well throughout the game, but we didn't make enough three pointers."

Cougar forward Yoeli Childs had 16 points and 12 rebounds, but played limited minutes after he committed his fourth foul with 19:10 left in the second half.

BYU: The Cougars entered a raucous Lawlor Events Center (15th largest attendance in Nevada history, 11,094) and competed against a top ten team, showing why they are a contender to challenge Gonzaga in the West Coast Conference.

Nevada: With the first top 10 ranking to start the season in school history, there's a lot of hype in Reno.

MARTIN TWINS: Nevada's senior twins, Caleb and Cody Martin, were held scoreless in the first half. They combined for 13 minutes before the break. But Nevada's leading scorer last season, Caleb, scored 21 in the second half. His brother, Cody, had 11 assists.

COACH ROSE EXTENDS: Hours before its matchup at No. 7 Nevada, BYU announced Tuesday it extended head coach Dave Rose's contract through 2020-2021. Rose has led BYU to 13-consecutive, 20-plus win seasons since coming to BYU in 2005.

BYU: The Cougars return to Provo on Friday for its "Crosstown Clash" against Utah Valley.

Nevada: The Wolf Pack plays game two of its four-game home stand to start the season Friday as it hosts Pacific.

No. 7/9 Nevada (1-0) outscored BYU (0-1) 52-36 in the second half to down the Cougars 86-70 at Lawlor Events Center in the season opener for both schools. The game was tied at 34 at halftime.
The Wolf Pack hosts Pacific (1-0) on Friday night at 7 p.m. The Tigers won at SIU Edwardsville 74-65 tonight.
The 16th largest crowd in school history of 11,094 watch the Pack win the game.
Fourth-year head coach Eric Musselman improved to 22-0 in home nonconference games and 44-5 overall at LEC. His career mark at Nevada stands at 82-29.
Senior Jordan Caroline posted game highs with 25 points and 16 rebounds. The 16 rebounds tied his career high.
Caroline has 28 career double-doubles which is tied for sixth most at Nevada. The Pack 26-2 when he has a double-double.
Senior Caleb Martin scored all 21 of his points in the second half.
Caleb Martin and senior Cody Martin were both held scoreless in the first half for the first time at Nevada.
Cody Martin tied his career-high with 11 assists and added seven rebounds.
Playing in his first game at Nevada, after redshirting as a transfer from Portland, junior Jazz Johnson netted 12 points off the bench. He scored all 12 of his points in the second half.
Nevada started five seniors in Trey Porter, Tre’Shawn Thurman, Caroline and the Martin twins.
Thurman grabbed nine rebounds and scored five points.
Porter finished with nine points and seven rebounds.