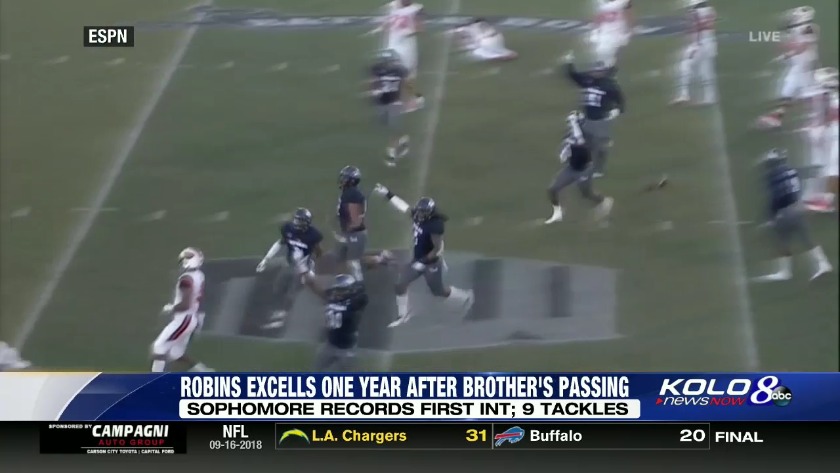 Robins Plays in Honor of Brother 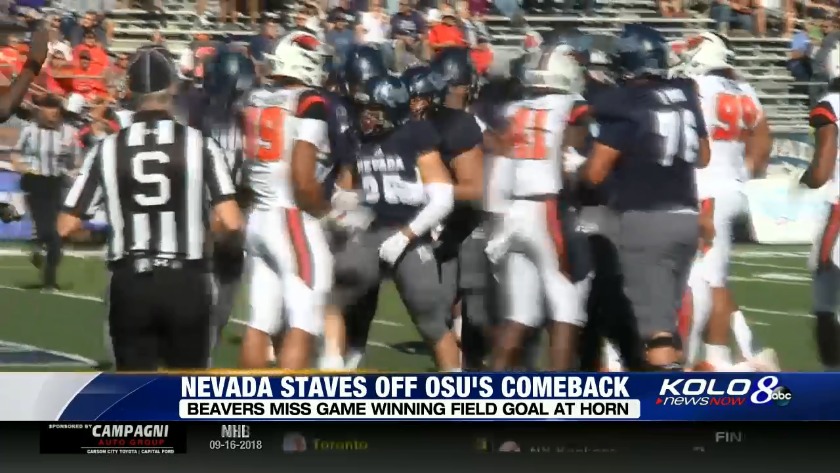 Effort the Difference in Nevada's Win Over OSU 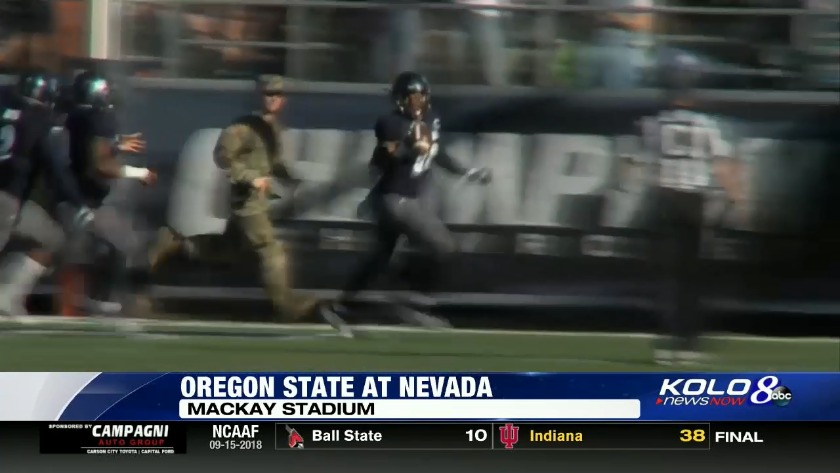 Nevada (2-1) led 30-7 lead with 10:16 left in the second quarter after Asauni Rufus forced Conor Blount to fumble the ball, and Malik Reed picked it up and ran 48 yards for a touchdown.

After the defensive touchdown, Oregon State (1-2) replaced Blount at quarterback with Jake Luton, who left the season opener two weeks ago with a concussion against No. 4 Ohio State.

Oregon State outscored Nevada 28-7 the rest of the way.

Luton finished 23 of 35 for 284 yards passing with one touchdown and one interception.

Nevada's Ty Gangi was 17-of-35 passing for 195 yards and threw two touchdown passes.

The Beavers dominated Nevada through the air, passing for 459 yards compared to Nevada's 201. But the Wolf Pack's defensive front frustrated the Beavers' offense. Nevada recorded five sacks to Oregon State's one and held the Beavers to two yards rushing per carry.