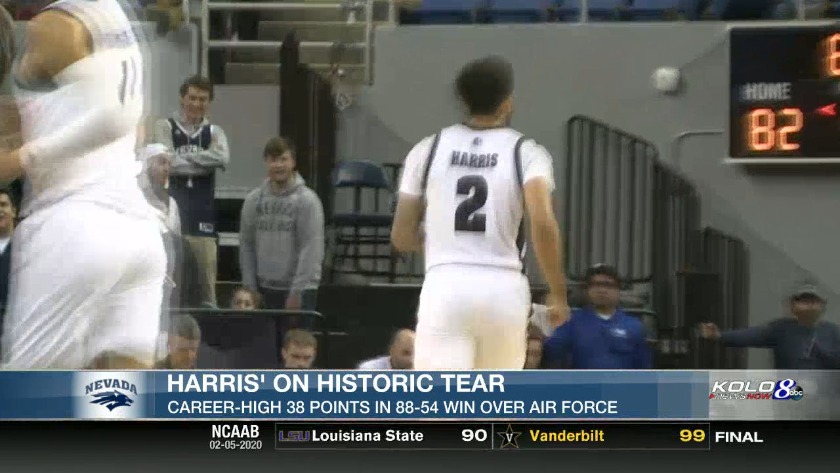 RENO, Nev. (AP) - Jalen Harris scored a career-high 38 points and Nevada overwhelmed Air Force 88-54. Harris reached 33 points with 9:58 remaining on a three-point play at a juncture when Air Force only had scored 35. He finished 12-of-21 shooting, including 6 of 8 from 3-point range, and made all eight of his foul-shots.

It was the 6-foot-5 guard's third-straight game of 30 points or more, a first for any Nevada player. He's the first since 1969 to have five thirty point games in a season. He tied his previous career high of 31 points at Air Force on Dec. 7.

Video: Head-on Crash On i-80 Near Derby Dam

Video: Head-on Crash On i-80 Near Derby Dam