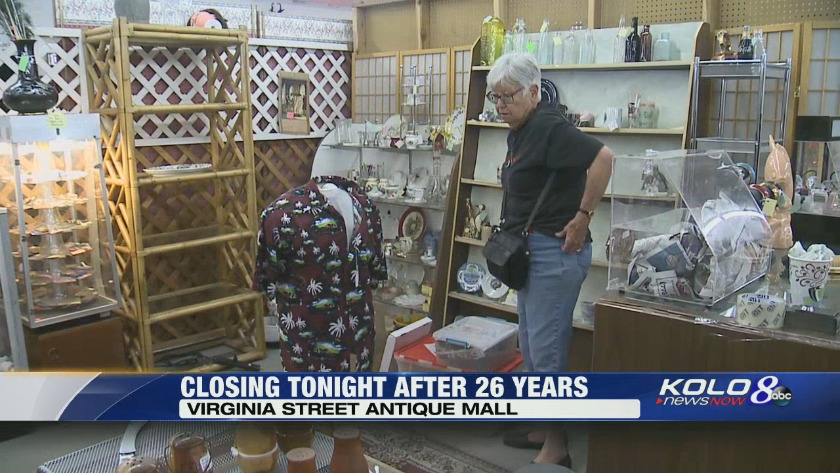 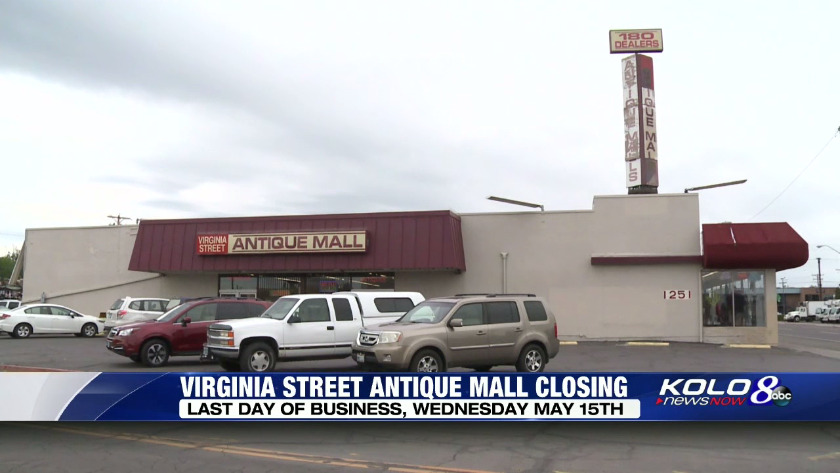 RENO, NV (KOLO) - For the past 26 years, the Virginia Street Antique Mall has been a staple of Midtown, but the decades-old store is closing.

12-year booth owner Julie Thomas says it’s tough to say goodbye to the space because she’s had a lot of memories in the mall at South Virginia and Arroyo.

“It’s really sad because this is the only mall that I’ve ever, you know, had a booth in,” says Thomas.

And that’s not the only reason she’s going miss the location.

“There are also a lot of dealers that are no longer going to be doing the business. They have decided to retire because of the changes and I am going to miss them and just the atmosphere here was really great."

According to Thomas, the mall is closing because the building owner does not want to renew the lease.

“He apparently didn’t want an antique mall in here so he would not divulge what his plans are for the building, so we don’t have a clue what’s going to happen to it after we vacate,” says Thomas.

What she does know is the mall won’t be gone forever. She says the mall owner is already searching for a new building for the store.

“We will be, you know, coming back in another location and it will still be the Virginia Street Antique Mall. And a lot of the dealers that they have known over the years, we’re still going to be in the mall. It’ll be back,” says Thomas.

In the meantime you have until 6pm Wednesday, May 15 to take advantage of last-day deals.

“There are a lot of sales going on because the dealers are trying to liquidate a little bit of their inventory, so we don’t have to pack up quite so much, but it’s a good time to come in and shop,” says Thomas.