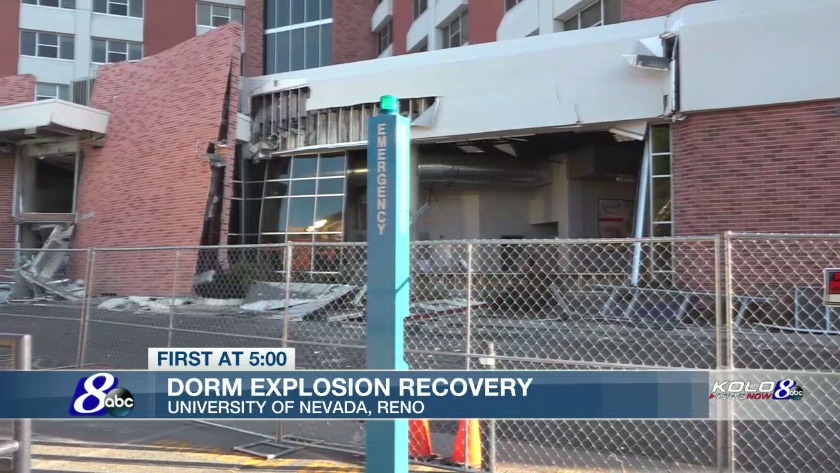 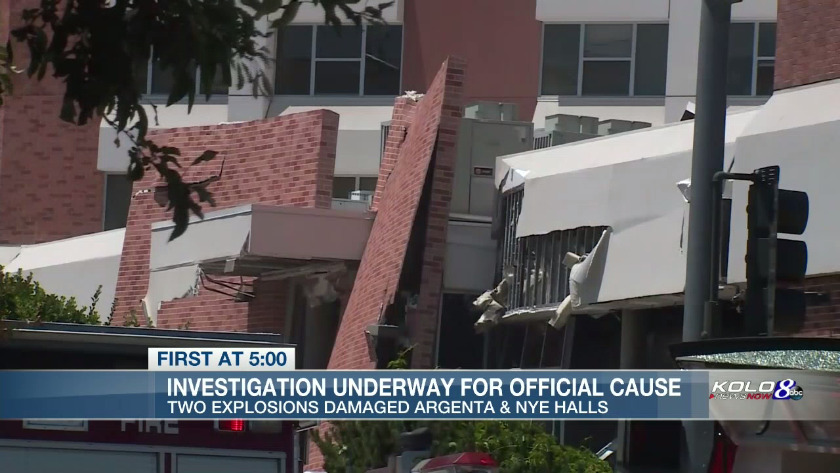 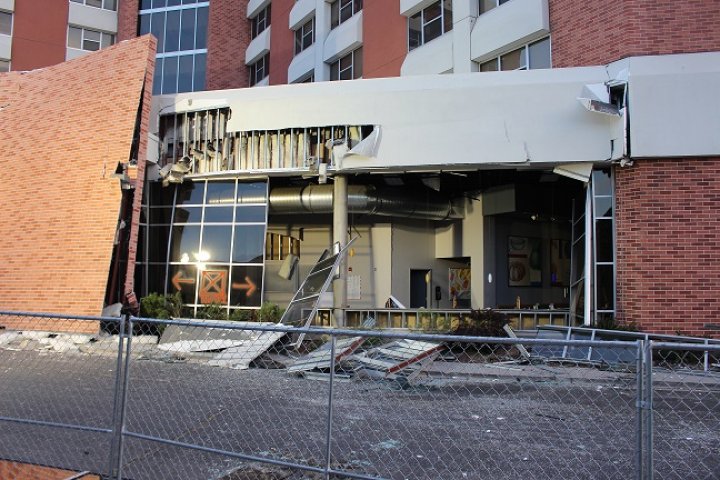 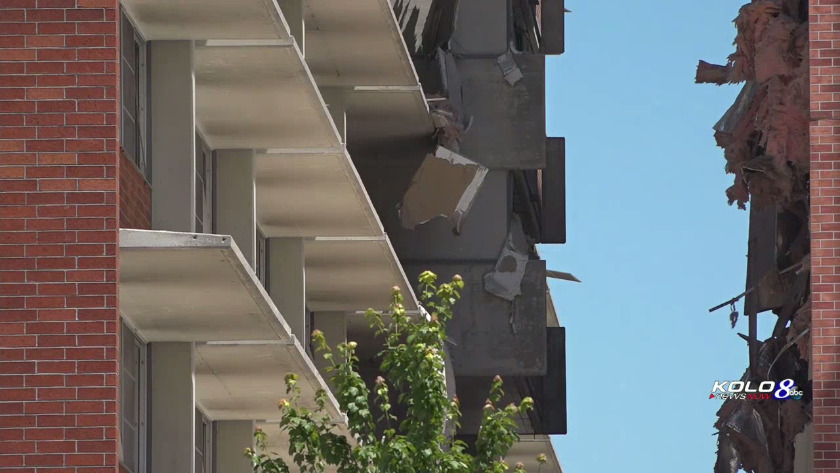 Looking Back at Argenta Hall 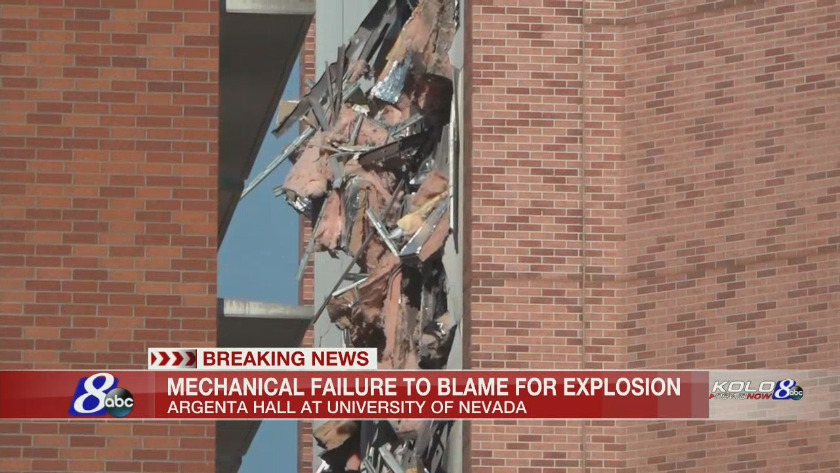 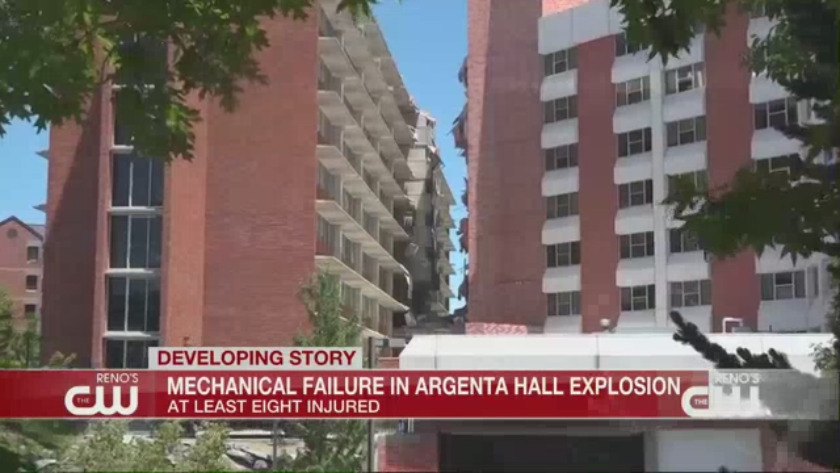 More On The Argenta Hall Explosion 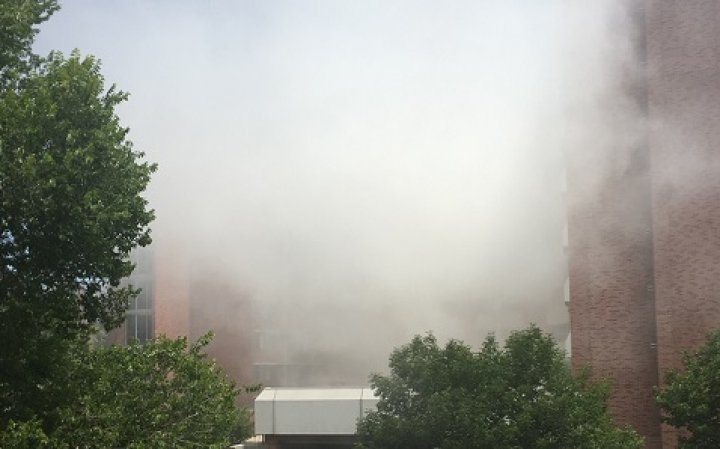 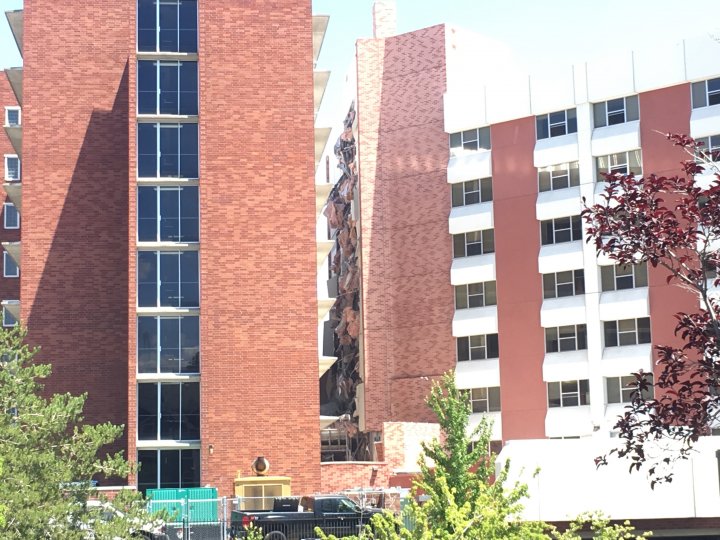 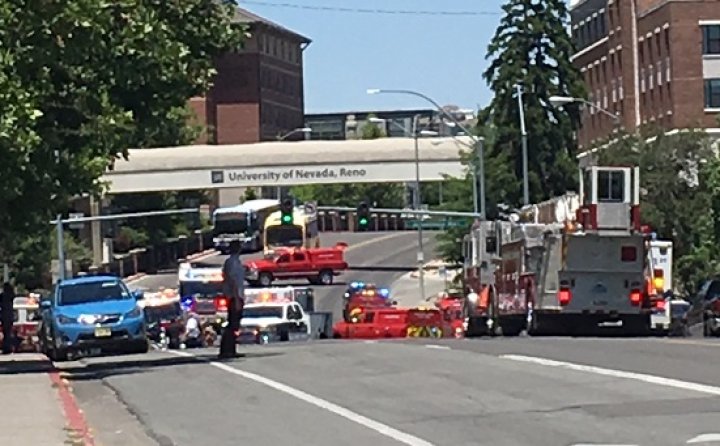 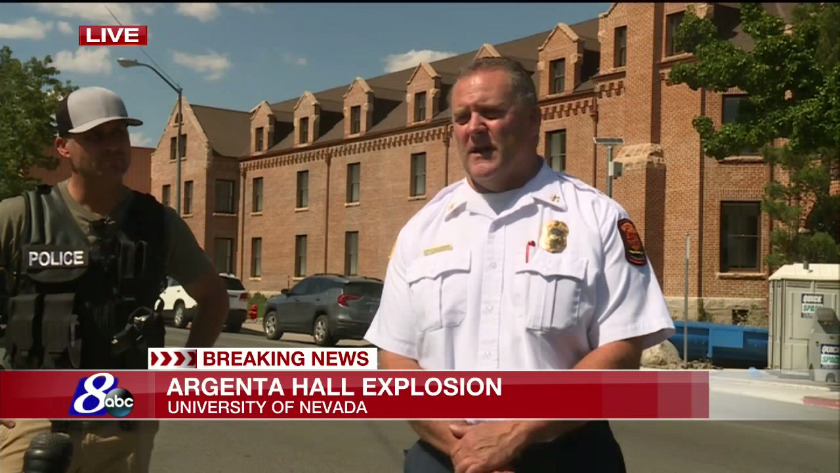 RENO, NV (KOLO) The Nevada State Fire Marshal says a gas leak led to an explosion that caused major damage to a dormitory at the University of Nevada, Reno Friday. There was a small explosion in the boiler room, severing a gas line and causing a gas leak to spread throughout the building, causing the bigger explosion. The cause of the first explosion has yet to be established.

Fire Marshal Bart Chambers said at a Tuesday news conference this appears to be an isolated issue. No foul play or criminal intent is suspected and it is considered an accident.

UNR Police Chief Todd Renwick, however, says the building is structurally sound, though it and next-door Nye Hall, also damaged, won't be ready for students for the fall university semester and the foreseeable future.

The explosion happened about 1 p.m. July 5, 2019 in the basement of the UNR campus at Argenta Hall. Argenta sustained major damage to its south side and center; Nye Hall next door had windows blown out and sustained some other damage; there was no one in that hall.

Fire Marshal Chambers says shortly before the first explosion, a boiler technician had been on site to replace a part on a boiler that had problems earlier in the week. About 12:42 p.m., the first explosion, in the boiler, took place, leading to the severing of a gas line, which led to an alarm notifying anyone in the building. As a Reno Fire crew was dispatched, natural gas from a three-inch pipe moved up an elevator shaft. A technician shut off the main gas to the building, followed within minutes by the second explosion.

About 200 students staying at Argenta Hall have been moved to Peavine Hall. Plans are still being developed for student housing in the fall.

Virginia Street along the university corridor is expected to be closed until further notice. Artemesia Way will be indefinitely closed, as will Artemesia Building, which houses UNR human resources.

Crews from several police and fire agencies responded to the incident.

UNR has begun the process of filing an emergency declaration to deal with the aftermath of an explosion that damaged two dormitories and led eight people to sustain minor injuries.

The university says Governor Steve Sisolak and his team, Nevada System of Higher Education Chancellor Thom Reilly, City of Reno Mayor Hillary Schieve, Washoe County and our congressional delegation in Washington, D.C., including Sens. Catherine Cortez-Masto and Jacky Rosen, "have all been extremely supportive of this effort thus far."

The university has issued a request that no more donations be delivered for students displaced by the explosion, as the community support has been so overwhelming, no more donations are needed. Donations included soap and shampoo, clothes, phone chargers and non-perishable food.

A HUGE thank you to the community for supporting the approximately 200 students affected by the Argenta Hall explosion Friday. The response has been overwhelming and the students sincerely appreciate it. pic.twitter.com/tZOdh3sPsK

NSHE and Board of Regents Statement:

The Nevada System of Higher Education and the Board of Regents is closely monitoring the situation at the University of Nevada, Reno.

“The safety of our students and staff is of paramount importance,” Chancellor Thom Reilly said. “We support the university in its recovery from this incident.”

Regents Chair Jason Geddes said, “Nothing is more important to us than the safety of our students, staff, and guests. We are here to support the university and any individuals impacted by this incident. Also, we’re thankful to university police and all emergency responders for their quick response to this incident.”

After several searches inside @unevadareno Argenta Hall this morning, searchers, including @WashoeSheriff SAR volunteer Mary Cablk and her WOOF search dog Inca, did not locate anyone still inside. Cleanup and investigation continues. pic.twitter.com/yILfb7A9zM

Up to 6 honor camp inmates fight in northeast Nevada

Up to 6 honor camp inmates fight in northeast Nevada