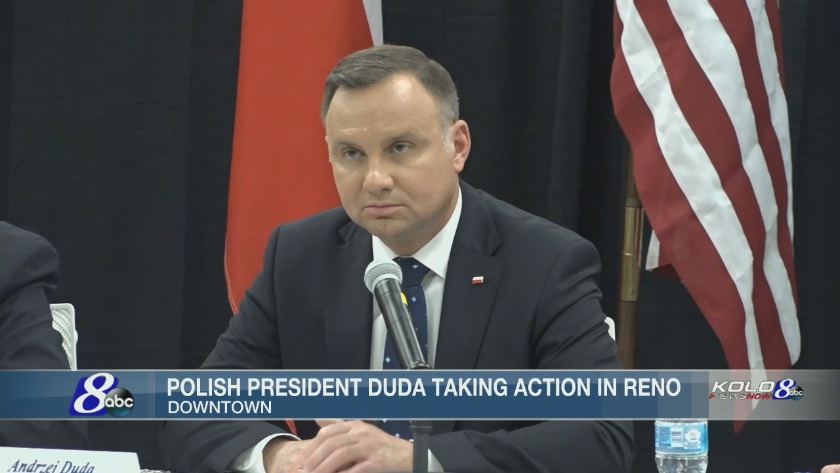 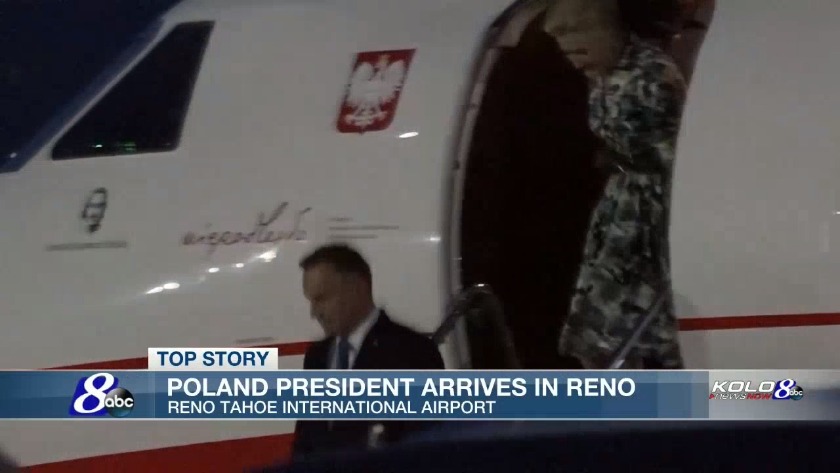 Andrzej Duda flew into Reno-Tahoe International Airport Friday night. The state of Nevada described it as the first visit to Nevada by a European Union president.

Duda is scheduled Saturday to watch a drone fly in downtown Reno and then watch a Polish-made drone fly at the Reno-Stead Airport.

He also speaks at a luncheon, which starts Polish Business and Innovation Week in Nevada, and includes the Nevada Global Summit hosted by the Nevada Governor’s Office of Economic Development.

“Nevada is on the cutting edge of developing technology, autonomous systems and robotic science and our economy has shown the resilience needed to attract founders of exciting startups,” Gov. Steve Sisolak said in a statement. “Our economic partnership with Poland has opened the country up to Nevada small businesses while seeing some Polish businesses open in Nevada. I know that Polish Business and Innovation Week will produce great ideas that will lead to economic opportunities.”

Four University of Nevada, Reno students will present their ideas to Duda. Four startups from Poland that now operate in Nevada will also make presentations.

The effort highlights the state’s attempt to recruit high-tech businesses from Poland.

The Nevada Global Summit starts in Reno on Monday with panels featuring higher education officials and business leaders from Nevada and partnering countries. The summit then moves to Las Vegas later in the week for meetings with chambers of commerce, tours of companies and seminars.