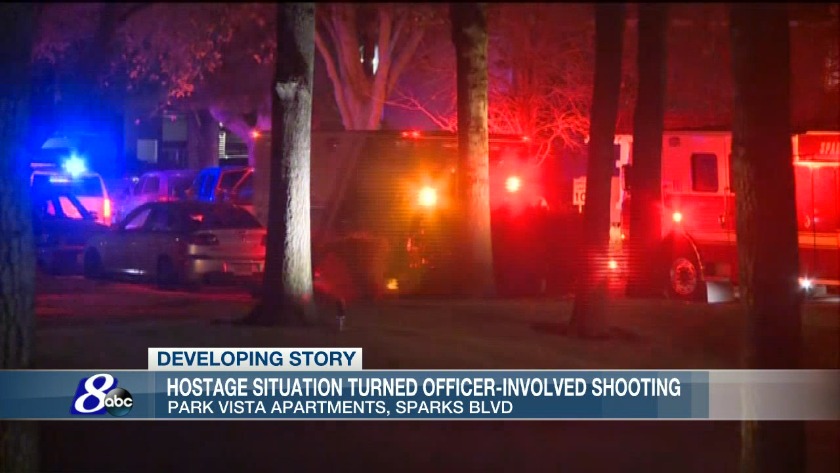 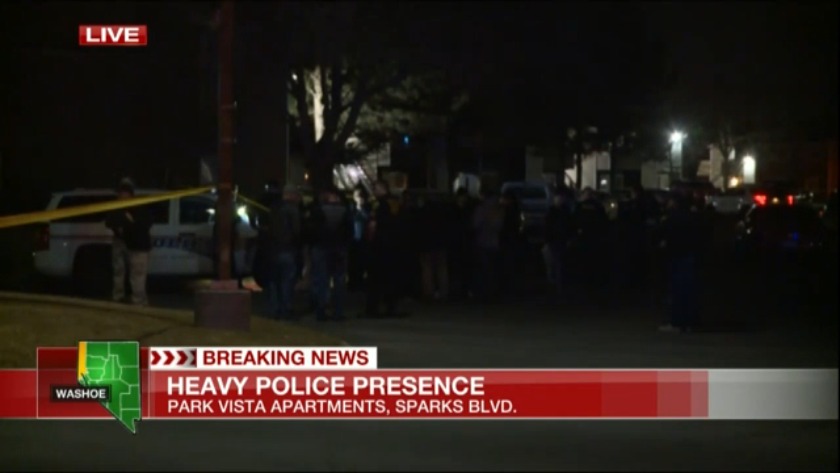 The scene at 555 Sparks Blvd. Photo by George Guthrie/KOLO.

Anyone with information regarding this case is asked to call the Washoe County Sheriff's Office at 775-328-3320 or Secret Witness at 775-322-4900. People who give tips to Secret Witness can remain anonymous.

Police shot and killed the suspect, a man, inside the apartment, Sparks Police Department spokesman Damon O’Connell said. The woman who was the victim in the case was taken to the hospital for treatment for injuries that were not life-threatening.

The call started with a reported kidnapping at about 7:37 p.m.

The incident happened at the Park Vista Apartments in the 500 block of Sparks Boulevard.

There is no further threat to the community and the investigation is expected to last into early morning.

The Washoe County Sheriff's Office is investigating the case.

ORIGINAL STORY: Multiple law enforcement agencies are on scene at apartments at in the 500 block of Sparks Boulevard. The Sparks Police Department was there first and were positioned like they did not want to be seen.

KOLO photographer George Guthrie was near the scene at about 8:55 p.m. when he heard what sounded like shots being fired. This was shortly after the Sparks Fire Department and an ambulance arrived at the scene.

The Reno Police Department and the Washoe County Sheriff’s Office has also arrived on scene.

Police are not immediately commenting on what happened and a media spokesman could not be reached for comment.

Reno police respond to Neil and Peckham area for an incident

Reno police respond to Neil and Peckham area for an incident