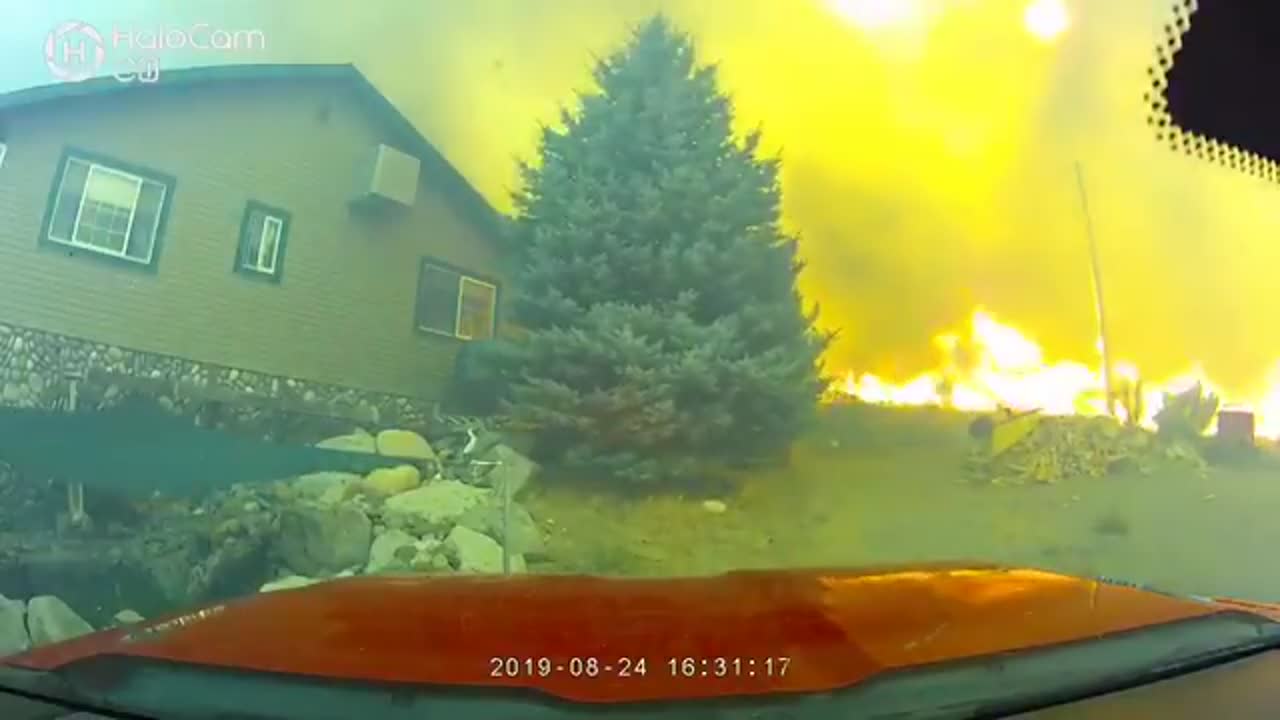 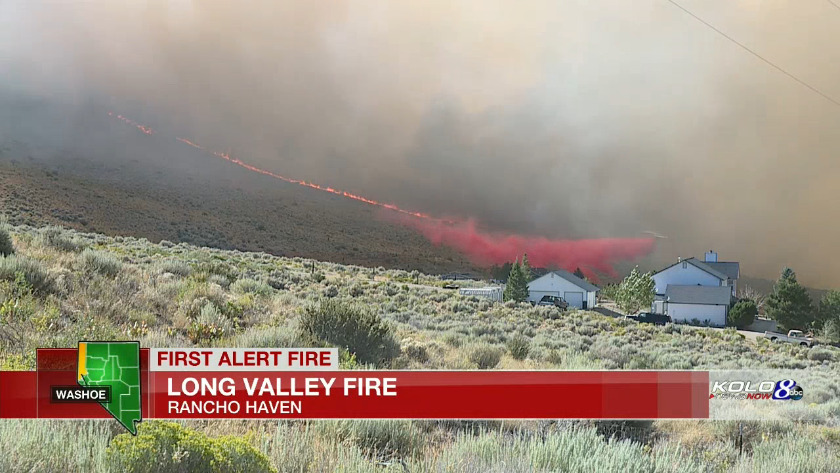 MONDAY UPDATE: The Federal Emergency Management Agency (FEMA) has authorized the use of federal funds to assist the State of Nevada in combating the Long Valley Fire burning in Washoe County.

The state submitted a request for funds on Saturday, August 24, 2019 when the fire was threatening 250 to 300 homes in the Rancho Haven area.

FEMA determined that the Long Valley Fire threatened such destruction as would constitute a major disaster. The state’s request was approved the same day it was submitted.

It started about 2:50 P.M. near the northern connection of Red Rock Road to U.S. 395 in Lassen County, north of the agricultural inspection station at Hallelujah Junction.

Anyone who noticed anything suspicious around that time is asked to call BLM law enforcement at 775-857-3511. Any photographs or videos taken of the fire before fire crews arrived may also help, the BLM said.

12:15 P.M. SUNDAY UPDATE: Full containment on the Long Valley Fire is expected on Monday, the Bureau of Land Management said.

The fire started about 2:50 P.M. Saturday near U.S. 395 in Lassen County and burned west into the Rancho Haven area of Washoe County.

One home and several outbuildings were burned in the fire.
On Sunday, there were 199 fire personnel assigned to the fire. Equipment includes four helicopters, 24 fire engines one dozer and one air tanker.

The cause remains under investigation.

The Bureau of Land Management released this perimeter map of the fire.

The home in the clip was saved, the district reported.

Winds are expected to continue today. There are 180 fire personnel mopping up, securing the fire perimeter and assessing damage. The fire is not active and is smoldering, the district said.

9:00 A.M. SUNDAY UPDATE: The Long Valley Fire is now 2,438 acres according to Truckee Meadows Fire Protection District. Containment is at 50%. All evacuations have been lifted. Fire crews are on site mopping up.

4:30 A.M. SUNDAY UPDATE: Red Rock Road is back open in the area of the Long Valley Fire. NV Energy reports no power outages in the area. The evacuation center at Cold Springs Middle School is closed. People are warned to look out for fire crews still working on the fire.

8:45 P.M. UPDATE: The Long Valley Fire has grown to 1,500 acres. Truckee Meadows Fire Protection district reports containment is still at 0%. 35 engine crews are on scene. At least 50 to 75 homes are impacted by the fire.

Crews are working to keep the fire west of Red Rock Road.

5:37 P.M. UPDATE: The Long Valley Fire is estimated now to be 300 acres with no containment, the Truckee Meadows Fire Protection District reported.

North Red Rock Road is closed. The district advised people who live in
the area to be ready to leave and those who feel unsafe should leave now.

Several airplanes and helicopters are attacking the fire, which was reported about 2:50 P.M.

The evacuation center for people and small animals is at Cold Springs Middle School. Large animals can be taken to the Livestock Events Center on Wells Avenue.

4:12 P.M. UPDATE: The evacuation center for the Long Valley Fire has been set up at Cold Springs Middle School, the Washoe County Sheriff's Office said.

Sheriff's Search and Rescue Volunteers are going to help with evacuations and the sheriff's RAVEN helicopter is also assisting.

3:58 P.M. UPDATE: There are some voluntary evacuations underway in Rancho Haven due to the Long Valley Fire, the Truckee Meadows Fire Protection District reported.

ORIGINAL STORY: There is a fire estimated to be 100 acres burning east of U.S. 395 near the north Red Rock Road exit.

The fire is in the vicinity of the Rancho Haven community but fire officials are not saying the community is currently threatened.

Several agencies are responding to the fire. The cause is unknown at this time.

The Long Valley Fire as seen from the Rancho Haven area. Photo by George Guthrie/KOLO.

Structure fire near Pyramid and Richards in Sparks

Structure fire near Pyramid and Richards in Sparks