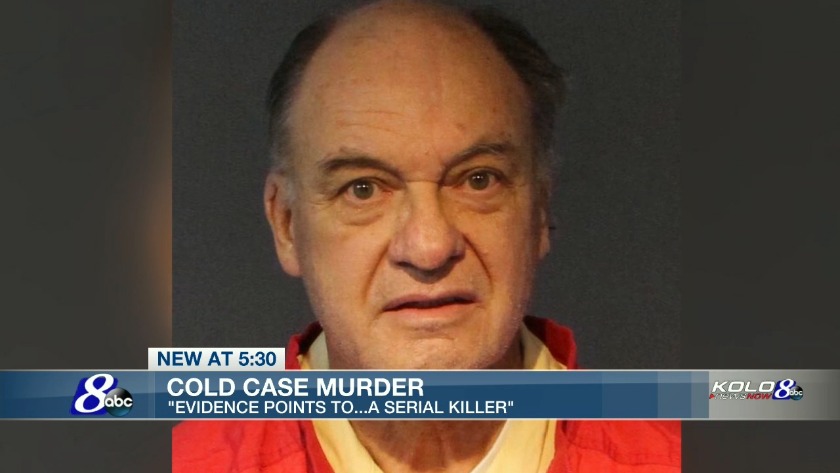 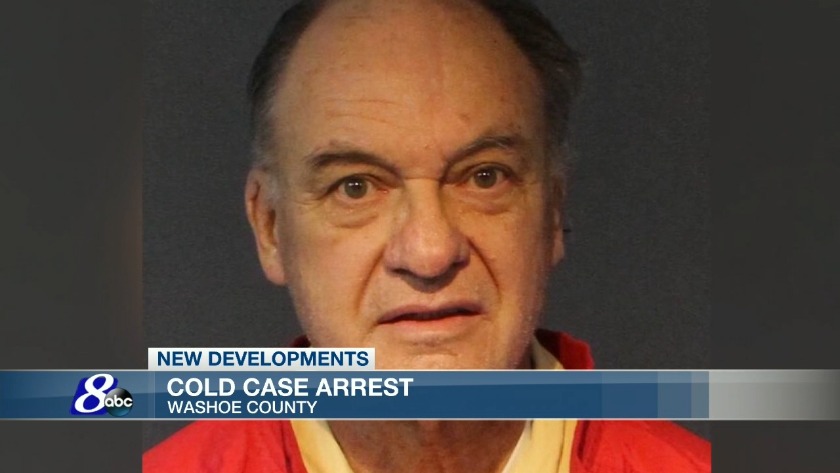 RENO, Nev. (KOLO)-- A man charged in a 40-year-old murder case has been extradited to Reno and is scheduled to be arraigned Tuesday in Washoe District Court.

Charles Gary Sullivan, 73, is charged with open murder in the death of Julia Woodward, 21, of San Rafael, Calif. Her body was found March 25, 1979, in Hungry Valley northwest of Sparks.

The victim in another unsolved murder case, Jeannie Smith, 17, was found about 1 mile away. Smith disappeared before Woodward.

ABC 15 in Phoenix reported on Sullivan's arrest in Arizona. They reported: "According to some of Sullivan's own family members and other law enforcement sources, Sullivan could be connected to other murders in Arizona."

Sullivan was indicted by a Washoe County grand jury. Detectives from the Washoe County Sheriff’s Office cold case unit arrested him in Yavapia County, Ariz., on Wednesday and he was extradited to Reno on Friday. The case is an investigation of several agencies, including the sheriff’s office, the Nevada Attorney General’s Office and the FBI.

Sullivan served time in California’s prison system and Washoe sheriff’s Detective Rick Bielke used advanced DNA technology to compare evidence from the Hungry Valley scene to California Department of Justice biological evidence and that led to Sullivan being identified as a suspect.

Woodward left her San Rafael home north of San Francisco on Feb. 1, 1979 – Jimmy Carter was president and the Ayatollah Khomeini returned to Iran that day after 15 years in exile – to go to Reno or Lake Tahoe to look for a job. A friend dropped her off at the airport.

"According to the old reports Julia was a sweet girl, loved her family, had plans for her future," Lt. Tom Green of the Washoe County Sheriff's Office told KOLO 8 News Now in 2015.

Two months later, her body was found in Hungry Valley’s Eagle Canyon. She had been struck on the back of her head and apparently had been killed there.

Smith was last seen Oct. 28, 1978, at Circus Circus Hotel in Reno and her skeletal remains were found in a shallow grave. The sheriff’s office reported she died of blunt force trauma.

"It's very unusual that two victims from the same year with similar circumstances would be found in the same geographical area like that," Green said in 2015.

Sulllivan has had brushes with the law before. In September 2007, he picked up a 25-year-old Eureka, Calif., woman hitchhiking along California 20 near Interstate 80 in Nevada County, coming back from her aunt’s funeral in Utah and heading towards Yuba City, according to court documents filed in Sullivan’s appeal of the California case. Court records indicate he drove her to a secluded location with the promise of showing her a vein of turquoise near Bowman Lake.

After a hike along an embankment, he handcuffed her and zip-tied her wrists and ankles, a court document said. Sullivan told the woman: “The only thing that’s going to be involved is sex. We’re just going to be out here for a few days having fun.”

She pleaded and he threatened to knock her out, the documents said. He returned to his minivan and she escaped and ran in the other direction and came to two men in an all-terrain vehicle and was rescued.

The sentencing judge gave Sullivan three years, 8 months in prison, the maximum amount for the crimes for which he was convicted. Sullivan was paroled to Blythe, Calif. He was living in Pollock Pines, Calif., in El Dorado County, Calif., at the time of his 2007 arrest.